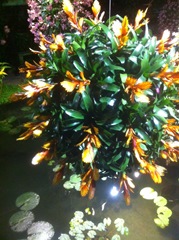 The event, which was set in the stunning Princess of Wales conservatory, featured an elaborate display of colourful flowers enhanced by the striking backdrop of night. Amanda and Sally were met with bee pollen cocktails and delightful canapés as they listened to talks from Richard Deverell, Director of Botanical Gardens at Kew and Richard Barley, Director of Horticulture at Kew.

They spoke about how the project relies heavily on the work of their volunteers and that the majority of this particular orchid display was volunteer led, a huge thank you was shared.

Guests were then encouraged to follow a story trail and meander through the various sections within the Princess of Wales conservatory, experiencing the explosion of scent and warmth given off by these incredible plants.

This annual festival runs from the 7th February-8th March and offers a variety of events throughout. If you are interested in this particular evening called Kew Lates, there are three more dates available; 19th, 26th February and 5th March.

For more information, take a look at Kew’s website. 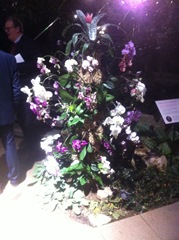 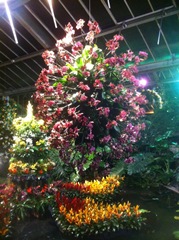 The Perfect Gardener's Gift Guide to...

An Evening at Alitex with Alan Titchmarsh and...
View more >